This year was rough.

Lots of changes, false starts and small victories. I have had three jobs and two side hustles; Ethan has had three after school programs. I had to cut some people off and establish new normals. Money was tight; my blood pressure was up… The shit was truly like a movie; I kept looking around for the cameras and boom mics. And since every movie has a soundtrack, I thought I’d share the music that got me through the bullshit. Here is my 2018 soundtrack in no particular order: 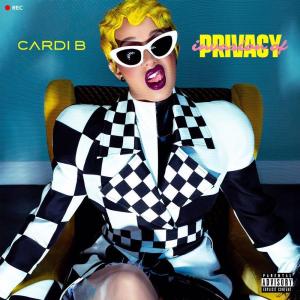 Cardi has been everywhere this year, and I loved it. I became a fan while watching her on reality TV and was not disappointed when she released this album. I love how she embraced her street and Latin cultures and shared her struggles and triumphs. Cardi got me through long commutes and bad days at work. She inspired me to keep fighting and twerking. I stan.

We haven’t seen a female rap duo in a long time. I appreciate the change in tone and style throughout the project. Their raunchy lyrics and up-tempo tracks, while not complex or thought-provoking, made for some fun food runs and commutes to work. I ain’t mad at it.

Also, I stuck my pinkie toe in the dating pond this year with some disappointing results. These fellas weren’t talking about nothing. City Girls reminded me to put myself first and pay these men dust. Listen to them if you feel yourself catching feelings when you know he ain’t worth a damn.

One Of Them Nights

Where The Bag At

I enjoyed the concept, a triple album: one with Swae Lee, one with Slim Jxmmi and one with both of their styles. Swae’s style is melodic and romantic, full of fantasy. Slim is all about a flashy, good time in the club and stunting. I have listened to this album almost everyday since its release.

Heat of the Moment

Harder Than Ever- Lil Baby

Now y’all know I had to have at least one Atlanta rapper on the list. If throw Moneybagg Yo and Young Thug on your shit, and I will give it a spin. Yes, he mumbles. Yes, I like it. Wanna fight about it? We have already established that dope boys get love over here. Not matter how far removed I am from that environment, I don’t think I can ever let go of the culture. There is an authenticity and hunger I can’t seem to find in other genres.

Everything is Love- The Carters

Card carrying member of the Beyhive here! And her husband is cool, too. I am a fan of both of them separately and am glad they released an official joint project. Jay has become a little tender, while Bey is more gritty. They have grown together over the years and it has been beautiful to watch. This is the kind of album you get when artists don’t care about the money and create for the love of art.

In true Cancer nature, my self-care included domestic activities like cooking, baking and juicing. After extensive experimentation, I discovered that I make the best food when listening to Jazz and Afrobeat. (Now you didn’t think the list would be all hip hop, did you?) I also did a lot of driving and moving around, partly due to ridesharing. These albums got me through long nights and awkward rides with strangers.

Your Queen is a Reptile- Sons of Kemet 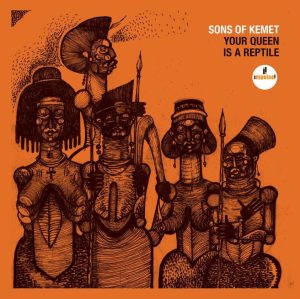 If you haven’t heard of this band, they from the U.K. Partly religious like Reggae and fluid like Free Jazz, the content is also political. (Do a quick search of the names mentioned in the song titles; they are all Black female activists.) This music inspires free thought and movement. Listen to it and see if you can hear and feel the journey to freedom. It is a celebration of our ancestors. Get up and move when you listen to this one.

My Queen is Mamie Phipps Clark

My Queen is Albertina Sisulu

My Queen is Anna Julia Cooper 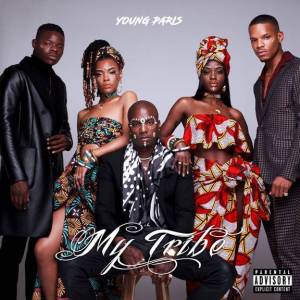 I have always enjoyed International/World music, and Afrobeat has been trendy in mainstream music all year. The album is a delightful mix of hip hop, electronica and African drums. For some reason, my cooking tastes better when I play this while prepping. Play this album when you want to make delicious food or just feel good. (Shoutout to the African men who can sniffing around ya girl this summer.)

Beautiful vulnerability mixed with spot on social commentary is how I would describe this album. Janelle release a film to accompany this project, which I loved. My journey to self-love and acceptance for needed a musical commentary and this was it. Whenever I felt misunderstood, I turned on this album and danced. Janelle reminded me is it ok to be different, feminine and creative. I am grateful. 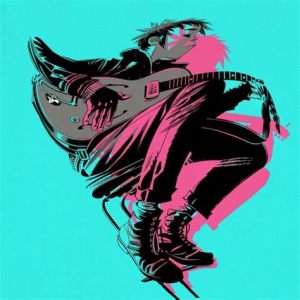 I played this album during almost all of my Uber and Lyft rides. Haunting rhythms and cryptic lyrics made the songs hauntingly memorable. I find myself humming the melodies, even though I don’t remember the words. This album sounds like driving through the tree-topped mountains of North Alabama. A spectacular view awaits around each bend.

I have a crush on Syd’s voice. It is perfection. The songs are seductively pure and wonderfully produced. Timeless soul and jazz mixed with hip hop and funk, the content is fresh, yet familiar. The Internet has truly grown as a band. I regret that I didn’t catch them live this year.

Look What You Started

A playlist of my favorite songs from the albums featured in this post:

If you enjoyed my thoughts and playlist, click here to Show Love. I got bills and shit. Thanks for reading and listening. 2019, here we come!

7 thoughts on “Throw The Whole 2018 Away…Except These Albums”